1. What will happen to my coins after the delegation?

3. Can I delegate to several nodes?

4. What means the percents, stars, colourful dots of the server? 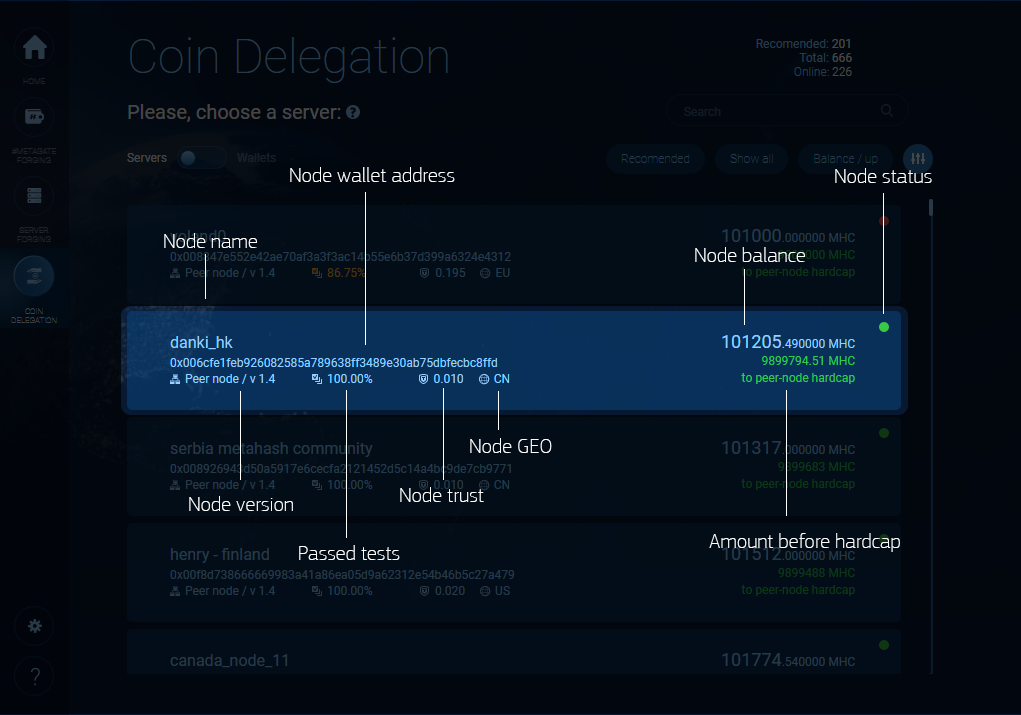 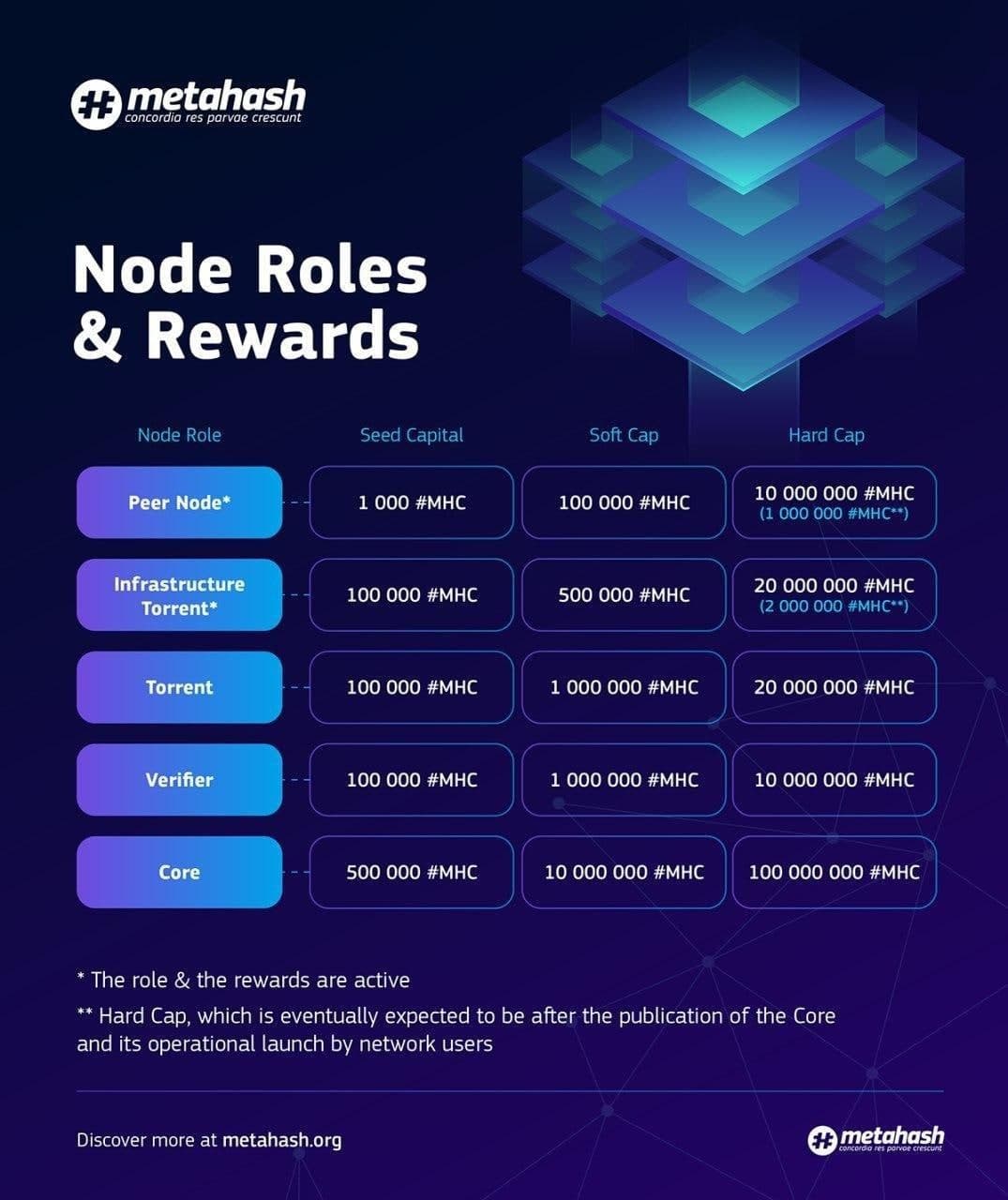 5. Is it beneficial for the owners of nodes to be delegated by other users?

Yes.
To launch a node is necessary at least 100 000 MHC on balance for the Peer node and more for other nodes. If the owner of the node has 100 000 coins, it's no important for him who delegates to his node. If the owner doesn't reach Seed and Soft Cap, this node will not bring reward accordingly.

Yes, you said that you want to delegate, your funds will be used the next day, and in a day you will receive a reward.

7. Why time is considered only the next day at the start of the forging?

When you start forging, sent a transaction that you want to forge. This transaction is “applied” for the next day and from this moment the time for forging begins. This is done for the uniformity of delegation for wallets and for delegation to servers.

The only way to stop forging is to send an "undelegate" transaction.

9. How to check the sums of the MHC used to forging/delegation?

You can find the number of all frozen coins on the #MetaHashGate forging page. 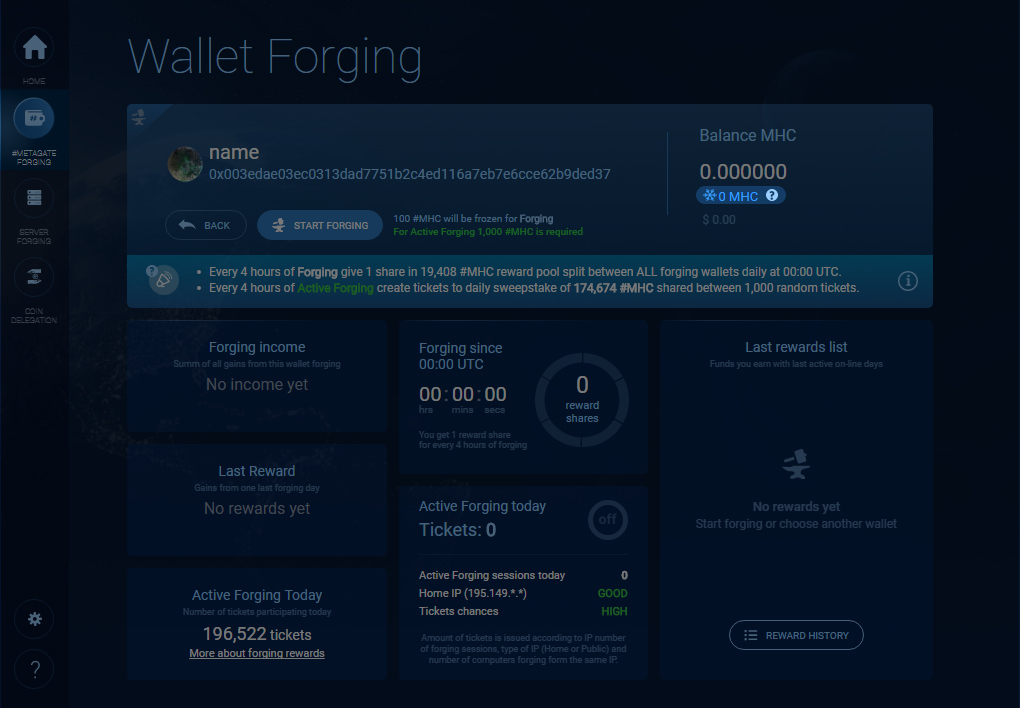 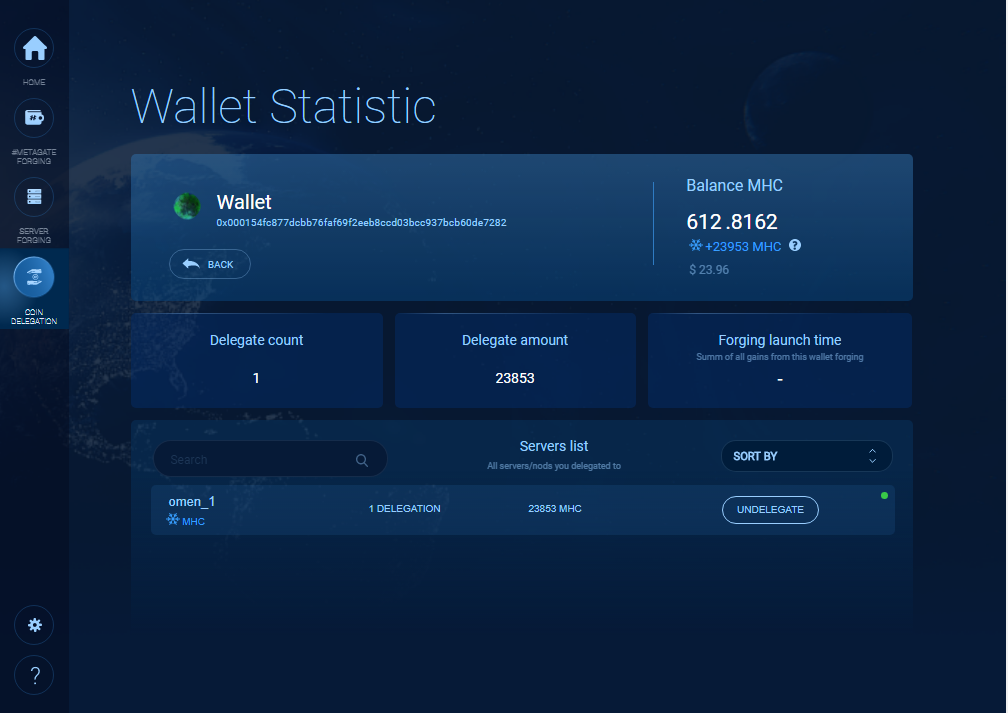 10. How to choose the server for delegation?

You can click "Recommended" on the Coin Delegation page and choose suggested servers. Here will be shown working servers with the balance below hardcap.
All of these servers will give you the same reward. The reward for the delegation depends on the amount of delegated coins. 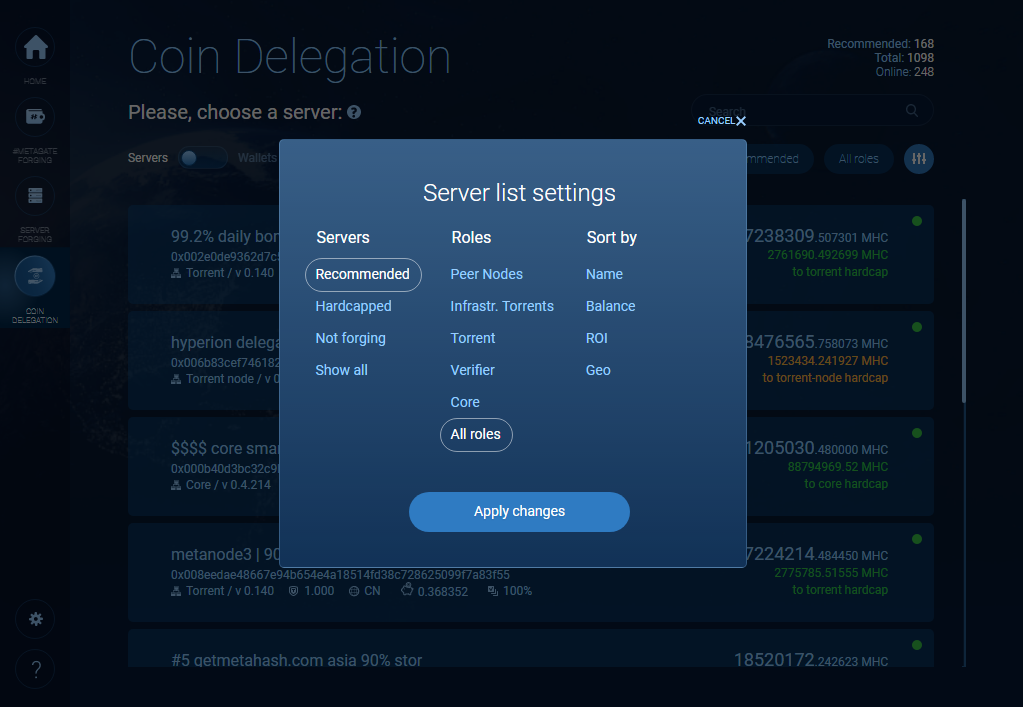 11. How to return the delegated coins? 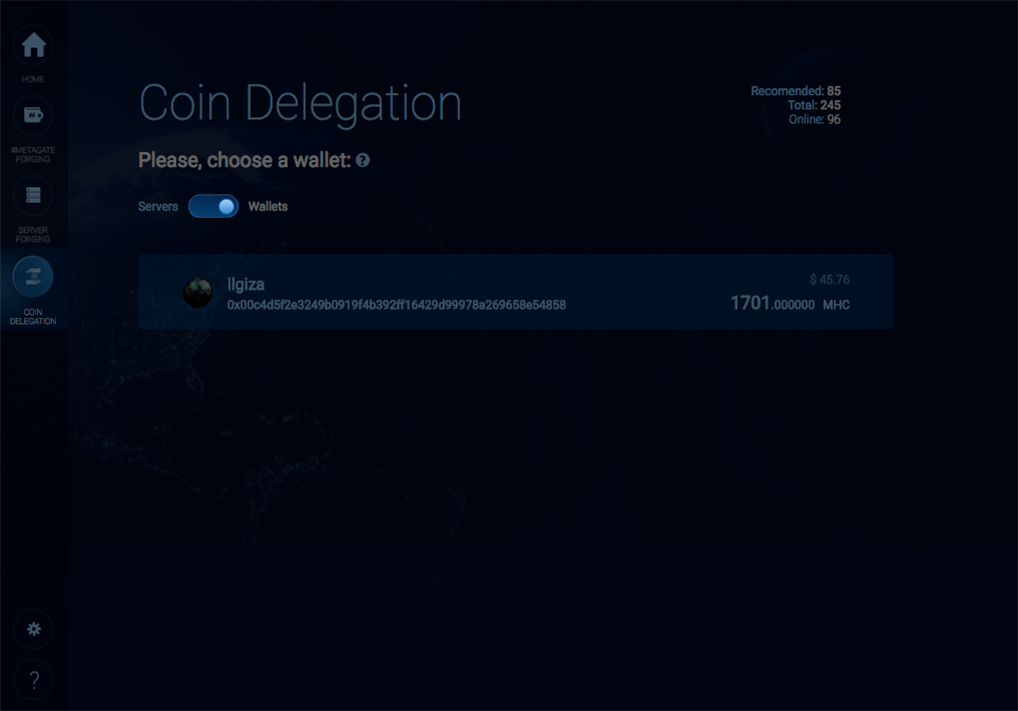 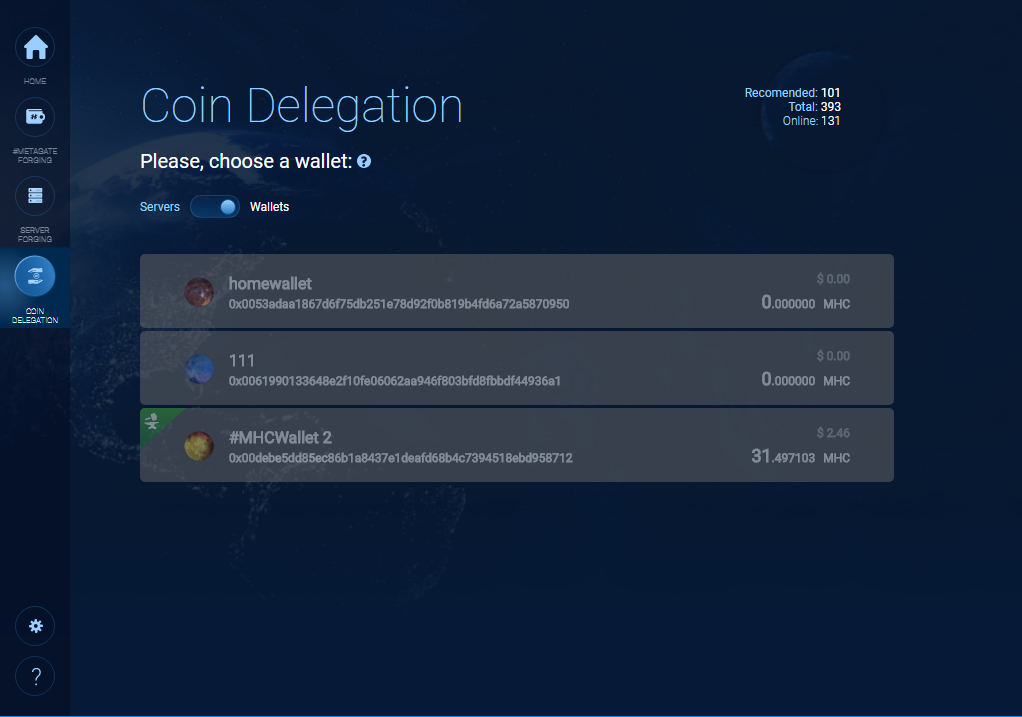 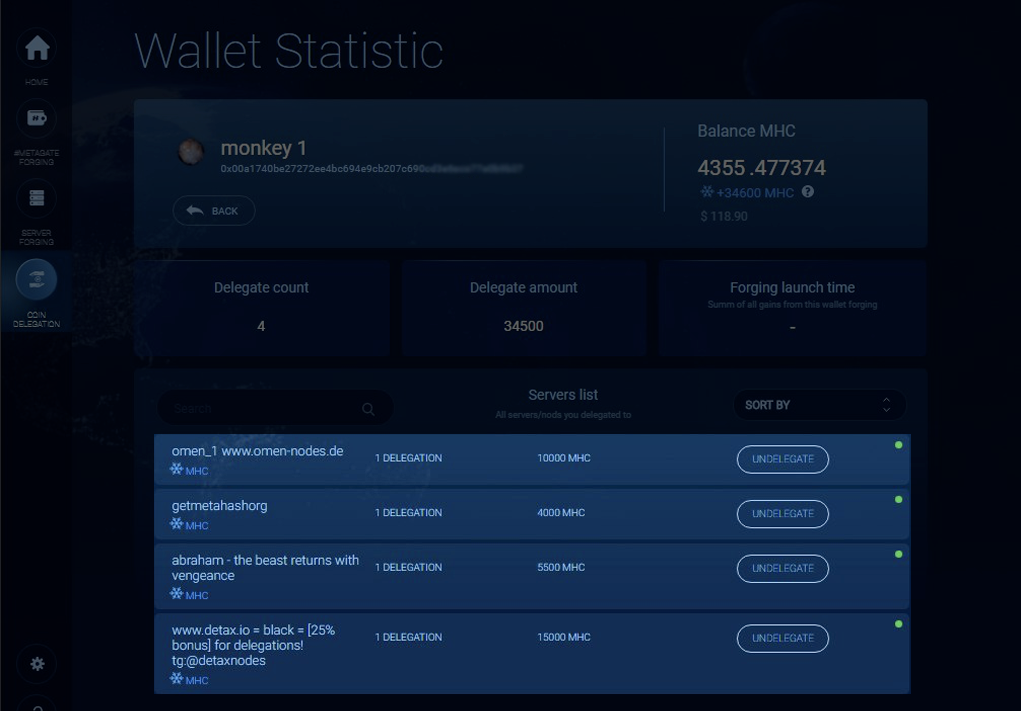 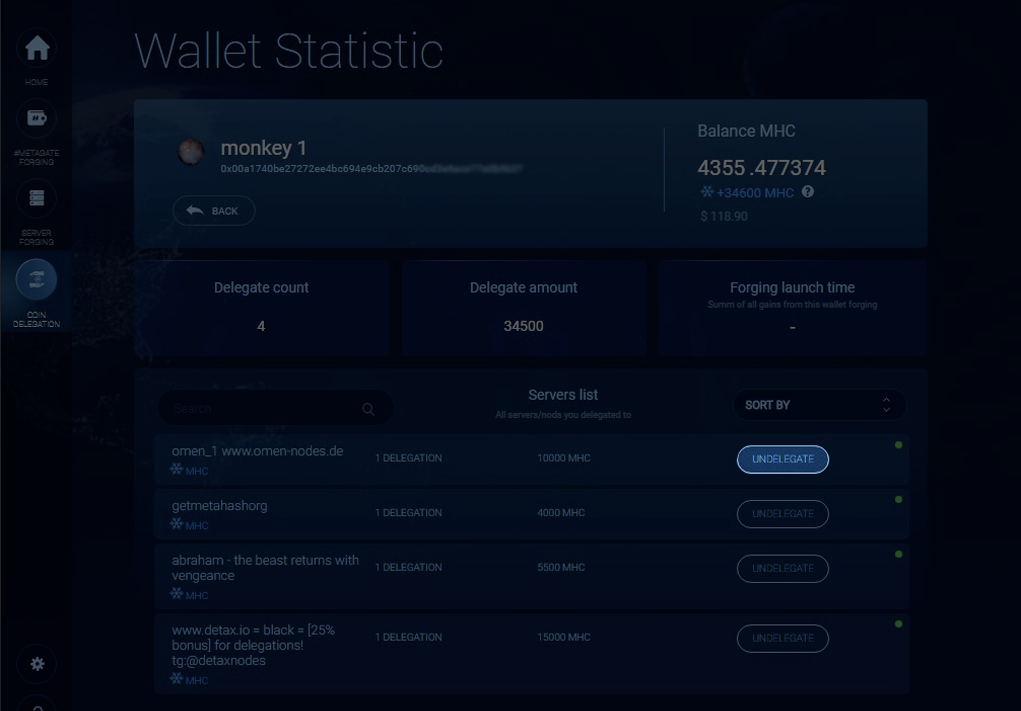 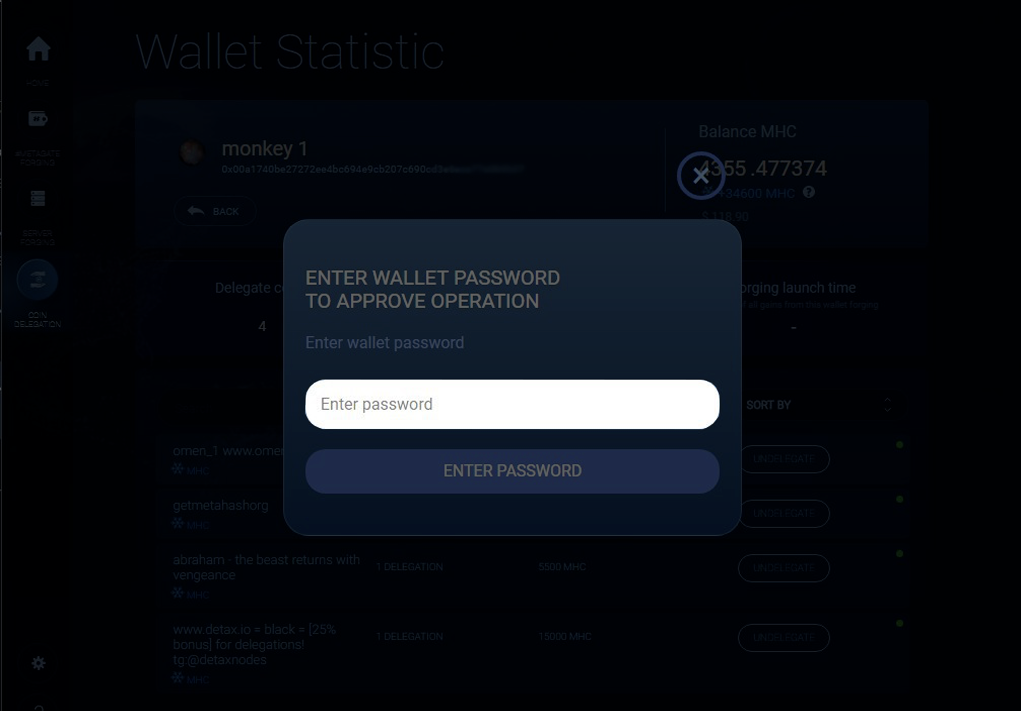 12. What will happen to the delegated coins if a server is deleted?

The coins delegated to it will unfreeze and return to the wallet within 10 days.

13. Will I get the reward for the delegation, if the node balance less then Soft Cap or more then Hard Cap?

14. If I delegate to the same node more coins today, will I get the reward from added coins tomorrow?

You need to unfreeze one of the previous delegation and delegate an amount greater than last time.
Read more about it.

16. The reward no longer comes